Which Houston Hospitals Do Best in Surgery?

Which Houston Hospitals Do Best in Surgery?

HOUSTON — When you need to have surgery, how do you know which hospital is the best? Consumer Reports came out with its first-ever comparison of hospitals and how they do in surgery, and the big and famous hospitals didn’t do the best. Consumer Reports rated nearly 2,500 hospitals for common surgical procedures. They used medicare billing records and compared 27 kinds of surgeries, including hip and knee replacement, back surgery and surgery to clear blocked arteries.

“We rated hospitals based on the percent of Medicare patients undergoing surgery who died or were hospitalized longer than expected which could indicate complications,” Consumer Reports’ Dr. John Santa said.

In the Houston area, Consumer Reports says the top hospital for surgery in our area is Houston Orthopedic and Spine Hospital in Bellaire.

“We concentrate on the things we specialize in that’s specifically bone, joint, and spine surgery. Our people do that all day every day and they become very confident and competent in it,” said Dr. Lee Ansell, the medical director of Houston Orthopedic and Spine Hospital.

It was just a couple of weeks ago that Methodist was rated No. 1 in Houston and No. 1 in Texas in US News and World Reports’ survey of the best hospitals.

People at Houston’s big hospitals tell me they disagree with Consumer Reports’ ratings. They say the Houston Medical Center hospitals take care of the sickest patients who are more likely to have a longer stay and worse outcome.

“We know the ratings aren’t a perfect measurement but we think they’re an important first step in giving patients the information they need to make an informed choice,” Dr. Santa said.

Experts agree we need to be able to compare surgery at different hospitals. The question is: Are Medicare billings the best way to do that?

And here’s another thought: People who don’t have Medicare, are probably going to have surgery in the hospital that takes their insurance. 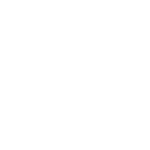